This belief primarily originates from the traditional rep range continuum.

So today in this article we will try to find that what the information mentioned above is actually true or not.

WHAT IS REP RANGE?

A rep (repetition) is when you perform the full movement of an exercise from start to finish.

So, if a program calls for 5 reps, it means you perform the movement 5 times.

5 reps of squats means you so 5 total squats from start to finish.

Rep Ranges are helpful when you’re trying to get stronger and progress on a movement. 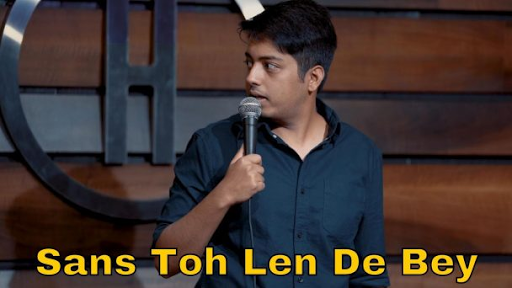 Rep ranges also help you determine how much weight to use for a movement. For example, if you’re aiming to do your working sets in the 6-8 rep range, you want to choose a weight that is heavy enough to be challenging with 6-8 reps.

A rep range is a total amount of reps performed for each set. This is primarily the total reps we want to perform for each set. Rep ranges are useful for planning out your progression over time.

WHY DOES REP RANGES MATTER?

Before we start we should know why rep ranges matter or what is the main aim behind the different rep ranges responsible for different types of result.

The main aim behind rep ranges is to stimulate the Muscle Protein Synthesis rate. Increase in MPS rate will result in increased in Muscle Size and that muscle size will result in greater strength.

Multiple reps are more effective than a single rep in stimulating the MPS rate. Muscle Protein Synthesis is predictive of muscle growth.

HYPERTROPHY simply means an increase and growth of muscle cells. Hypertrophy refers to an increase in muscular size achieved through exercise.

So for hypertrophy(building muscle) 6 to 8 rep range is good or 20 reps are good or its just rep range doesn’t matter.

What is the best rep range for building muscle?

According to a study,

Burd and his collegeas from the McMaster University performed a study to measure the effect of high reps and low reps compared on muscle growth(hypertrophy).

First, the subjects where tested for the maximal weight they could lift one time. This is called their 1 repetition max (1RM). This 1RM was subsequently used to determine the weights to be used in the study.

3. In the third protocol, also a low weight was used, but the set was ended when the subjects performed the same amount of work (number of reps times the weight ) was reached as in 90FAIL.

It was found that that 90FAIL and 30FAIL protocols resulted in similar increases in myofibrillar FSR (a marker for muscle growth) four hours after the training. However, the 30WM protocol had a smaller increase.

So the two groups that lifted until failure had the same growth response and this response was greater than in the group that did not lift until failure.

This shows that lifting until failure is essential to maximally stimulate the muscle growth response in the early hours after training.

In addition, it doesn’t matter how failure is reached. This can be done by a heavy weight for a few reps, or by a lower weight for more reps.

Interestingly, 24 hours after the training, 30FAIL had the greatest rate of muscle growth. 90FAIL and 30WM both had lower rates that were similar to each other.

This shows that the amount of work is an important in determining the duration of the growth response. The first growth signal is muscular recruitment, how much of your muscle fibers are used in a set. This is maximized by lifting until failure. If your total amount of work in the gym is higher, your growth response will be longer. Rep ranges are a training tool, not a training goal.

The quality of being physically strong is strength.

Many people ideally believe that 1–5 reps are ideal for strength. There is nothing wrong in this rep range but the major drawback is that as a beginner there a high changes of joint injury.

So it means that you will not gain strength if you not perform your exercise in this rep range?

So we will try to find out what are the different rep ranges for strength and hypertrophy? are they different?….So let’s see what the scientific literature have to say about this.

REP RANGE FOR STRENGTH VS HYPERTROPHY?

This study aimed to analyze the effect of resistance training (RT) performed until failure with low, moderate, and high loads on muscle hypertrophy and muscle strength in healthy adults.

Including studies that performed sets to volitional failure, the effects of low- (>15 repetitions maximum , moderate- (9-15 RM), and high-load (≤8 RM) Resistance training were examined in healthy adults.

Results: No differences in muscle hypertrophy between different training loads were found in overall.

Greater effects were observed in untrained participants and participants with some training background(trained) who undertook more RT sessions.

Muscle strength improvement was superior for both high-load and moderate-load compared with low-load Resistance training in overall.

I would like to recommend that, If you are a beginner try to perform your workout in a 6-15 rep zone or you can also increase the reps as well but try to hit failure under 30 reps as it will be more time efficient.

As a beginner your main aim should be perform exercise in a correct form and try to perform workout near or till failure (both will give you same stimulus).

According to a study, where Brad j. Shoenfeld and his collegeas measured Differential Effects of Heavy vs Moderate Loads on Strength and Hypertrophy in Resistance-Trained Men.

26 trained males were taken between the age group of 18-36 and divided in two groups. study was performed for 8 weeks.

Note: all sets were performed to 10RPE (till failure).

RESULT: It was found that No significant differences in hypertrophy between groups in any baseline measure.

But a very small difference noted between HEAVY and MODERATE in increasing strength conditions . Total aggregate weekly Volume over the 8 weeks was significantly greater for MODERATE compared to HEAVY. Strength gains were decidedly greater when training with heavy loads.

The study provides evidence that training with heavy loads helps to maximize both muscle mass (hypertrophy) and strength. Muscle strength improvement was superior for both high-load.

Training with moderate loads promotes greater increases in muscle mass if training near or to failure. Importantly, these findings are specific to routines where the number of sets are equated.

Gains in 1RM strength were significantly greater in favor of heavy load training, whereas no significant differences were found for isometric(isolation exercises) strength between conditions.

Some research that suggests you should change rep ranges every training session, don’t sweat it to much and just make sure you lift close to failure and perform a high total amount of work.

Changes in measures of muscle hypertrophy were similar in both conditions. The findings indicate that maximal strength benefits are obtained from the use of heavy loads while muscle hypertrophy can be equally achieved across a spectrum of loading ranges.

So what you people are planning which rep range you will perform and how you will progress?

If you liked this article then share it with a friend….keep working and progress.